The main section of the tower is accessed via the main entrance and steps from ground level, a relatively modern addition in comparison to the original footbridge which spanned the moat. A stone tablet, displaying the number 73 (the number of the tower) is above the door.

It was originally divided into 3 separate areas by wooden partitions. This would have provided accommodation for 24 men and one stationed officer, with two fireplaces heating the rooms. Light was provided by two small windows, to the north east and south west. In the centre of the tower, a supporting pillar is in place which supports the weight of the roof; this design ensures that the tower is resistant to external bombardment, including cannon-fire. 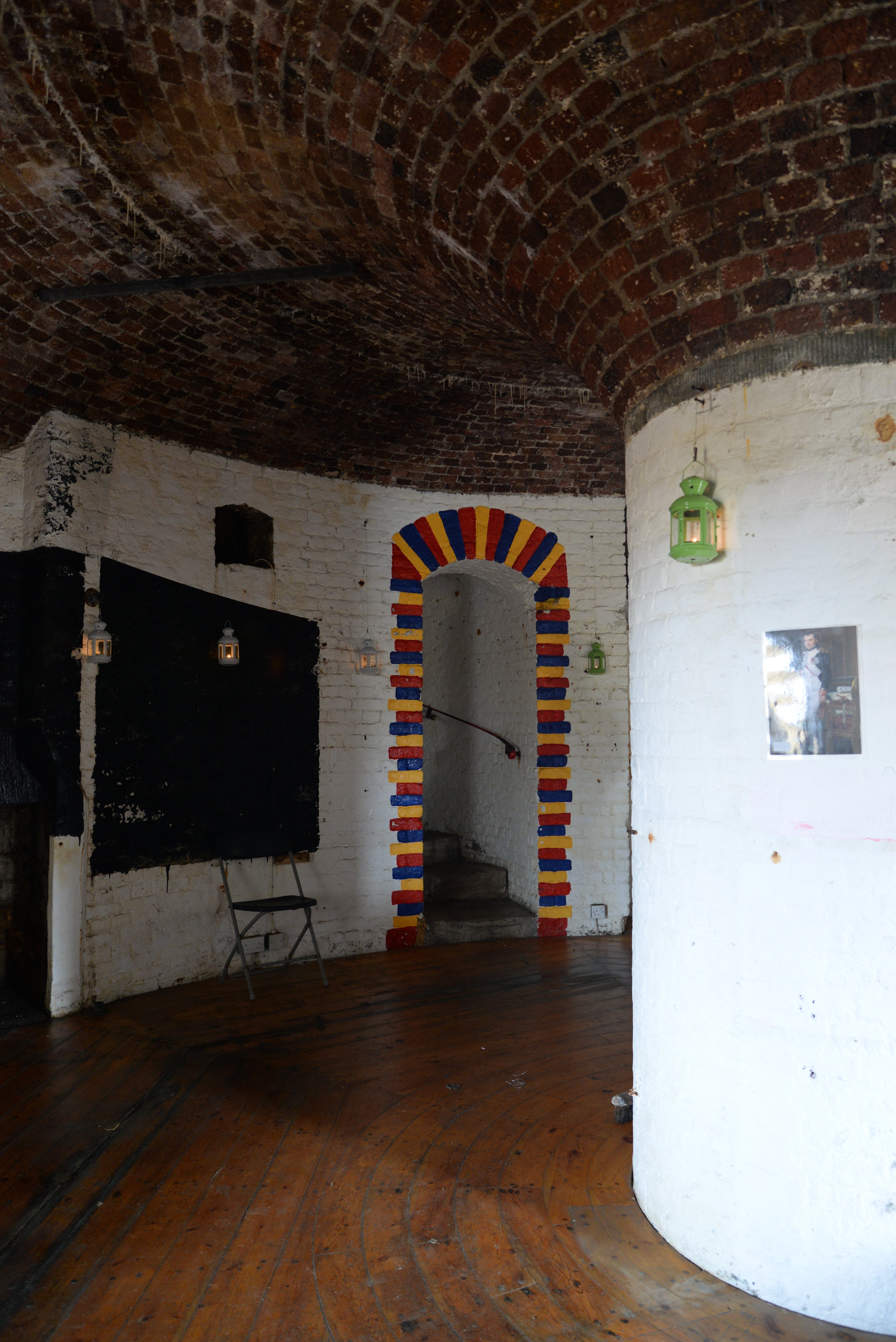 Evidence of the Tower's use as a home for a puppet museum can be seen from the middle floor by the colourful decorations surrounding the stairway up to the roof area, and the equally colourful modern spiral staircase leading down to the basement.