The Tower itself is set in the centre of the dry Moat, with entry originally gained via a drawbridge from the Moat Wall as an extra defence mechanism. The Moat has been infilled to a depth of approximately 1.5m, which does prevent visitors from appreciating the full height of the Wish Tower.

Another example of a change following work to the site in 1959/60 includes the revealing of the seaward-facing wall, with its alternating brick and greensand courses - greensand is a weaker but locally sourced material. The Moat Wall itself, although not fully intact following work in preparation to demolish the Tower, is in itself a rarity as only 6 other remaining south coast towers appear to be in a moat setting, and all of those six appear to be in a worse condition. 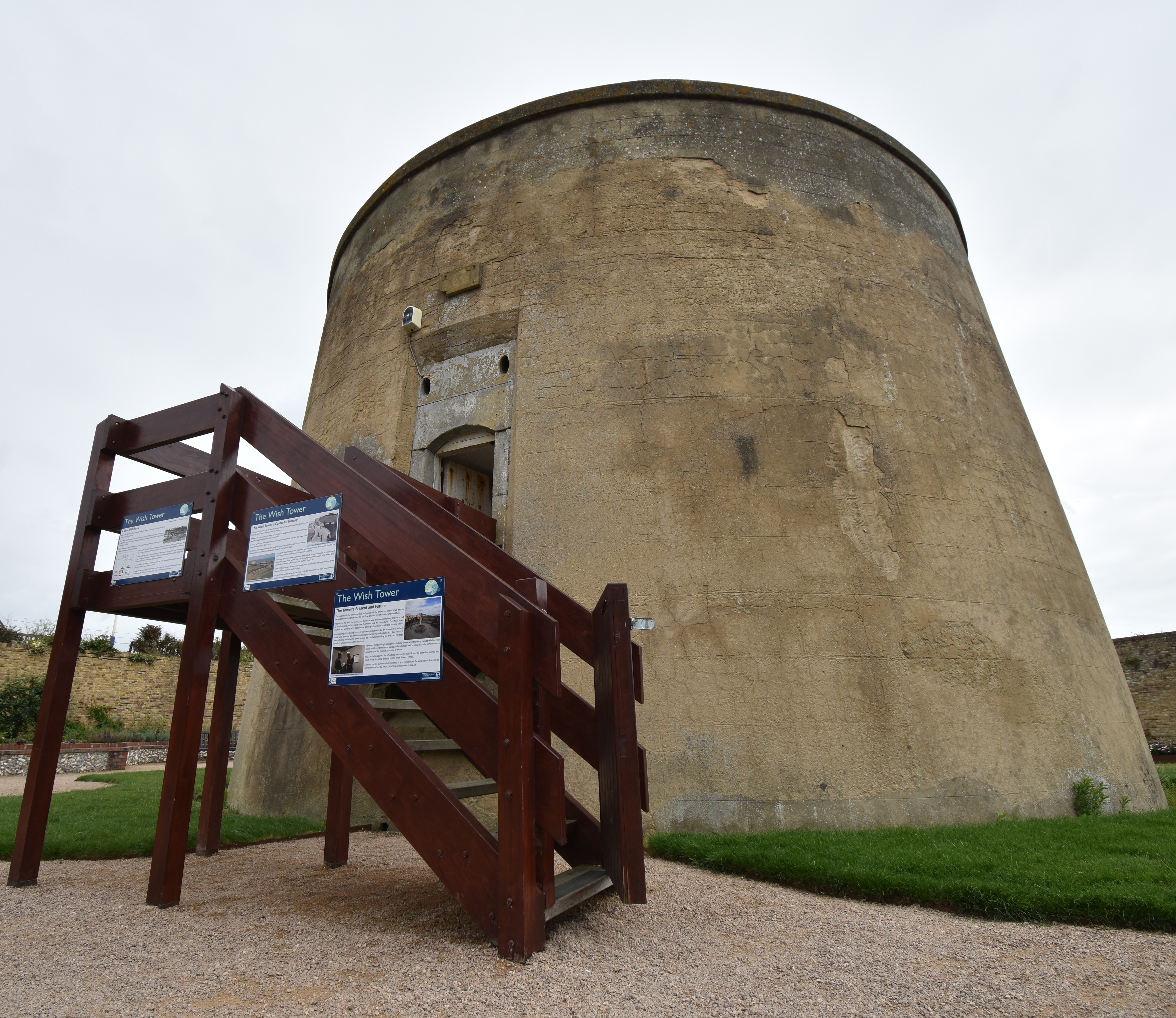 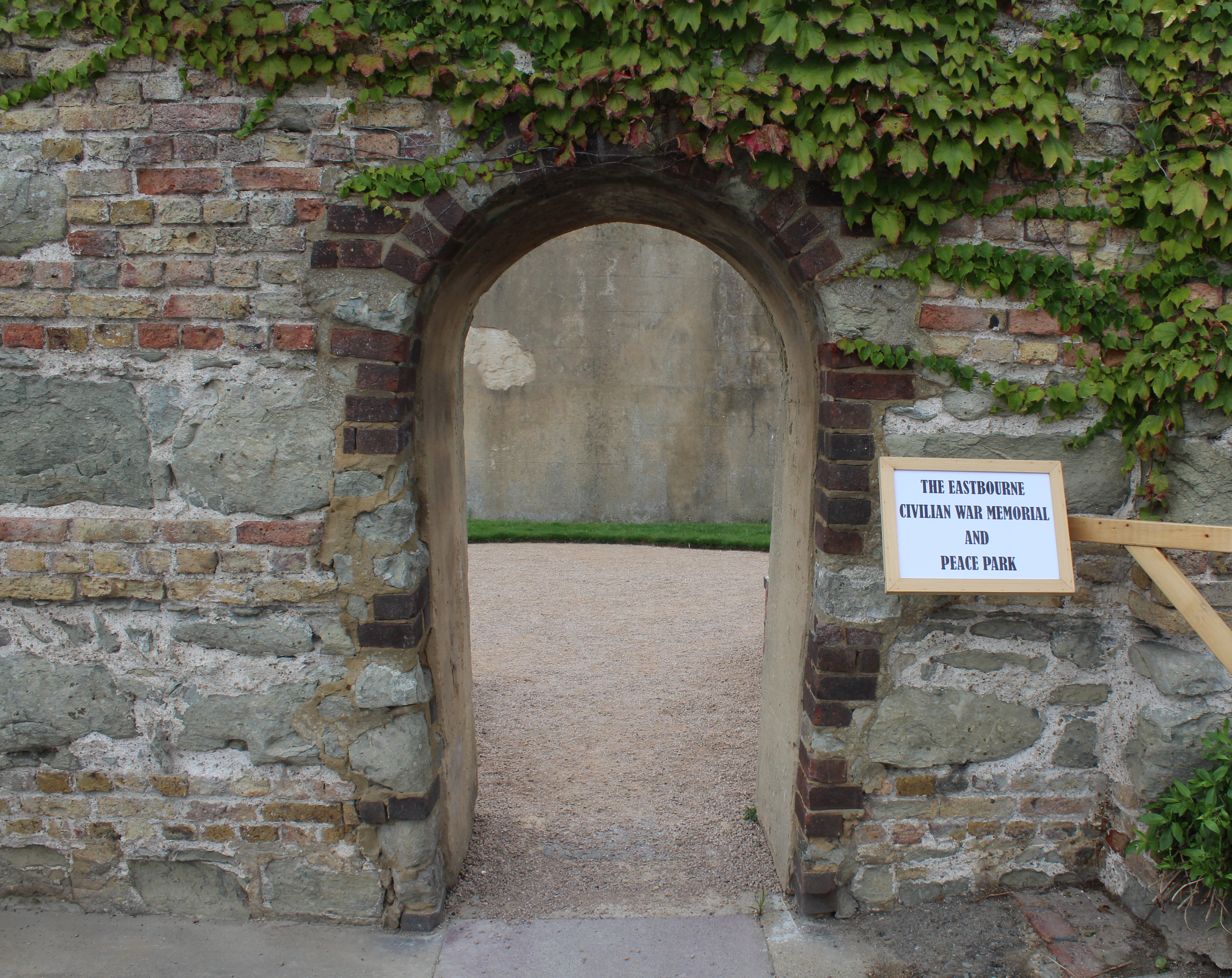 Despite the damaging work during the mid-20th century, which includes the rendered cement on the outside of the Tower now being in poor condition, more recent work undertaken has greatly improved the site. A Peace Garden has recently been built around the Wish Tower, thanks to the work of the Eastbourne Civilian War Memorial Trust, to remember those killed and injured in the bombing raids on the town during the Second World War. A nine ton piece of glacial granite has been placed in the moat, on it a steel plaque bearing the names of the 180 civilians who lost their lives. 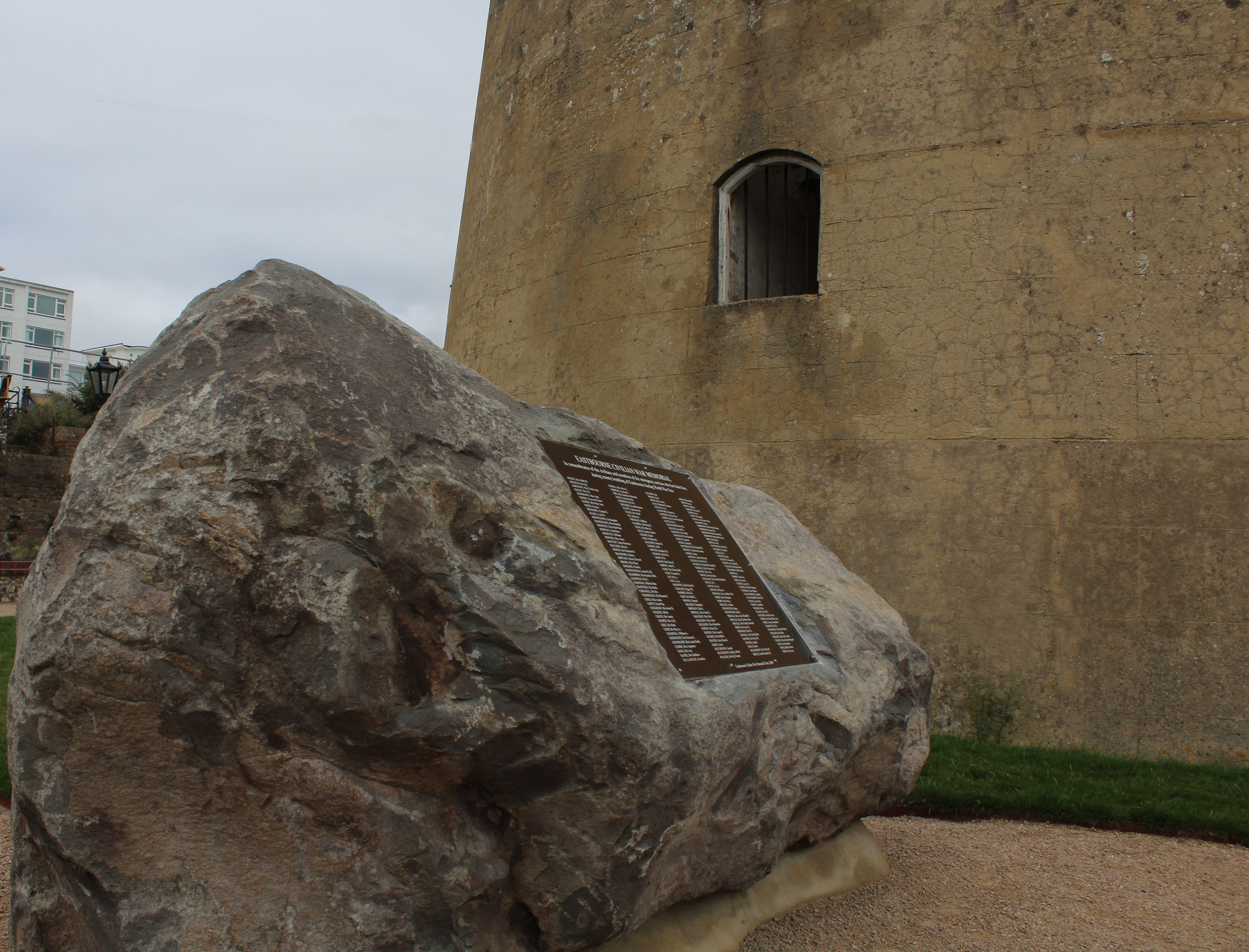 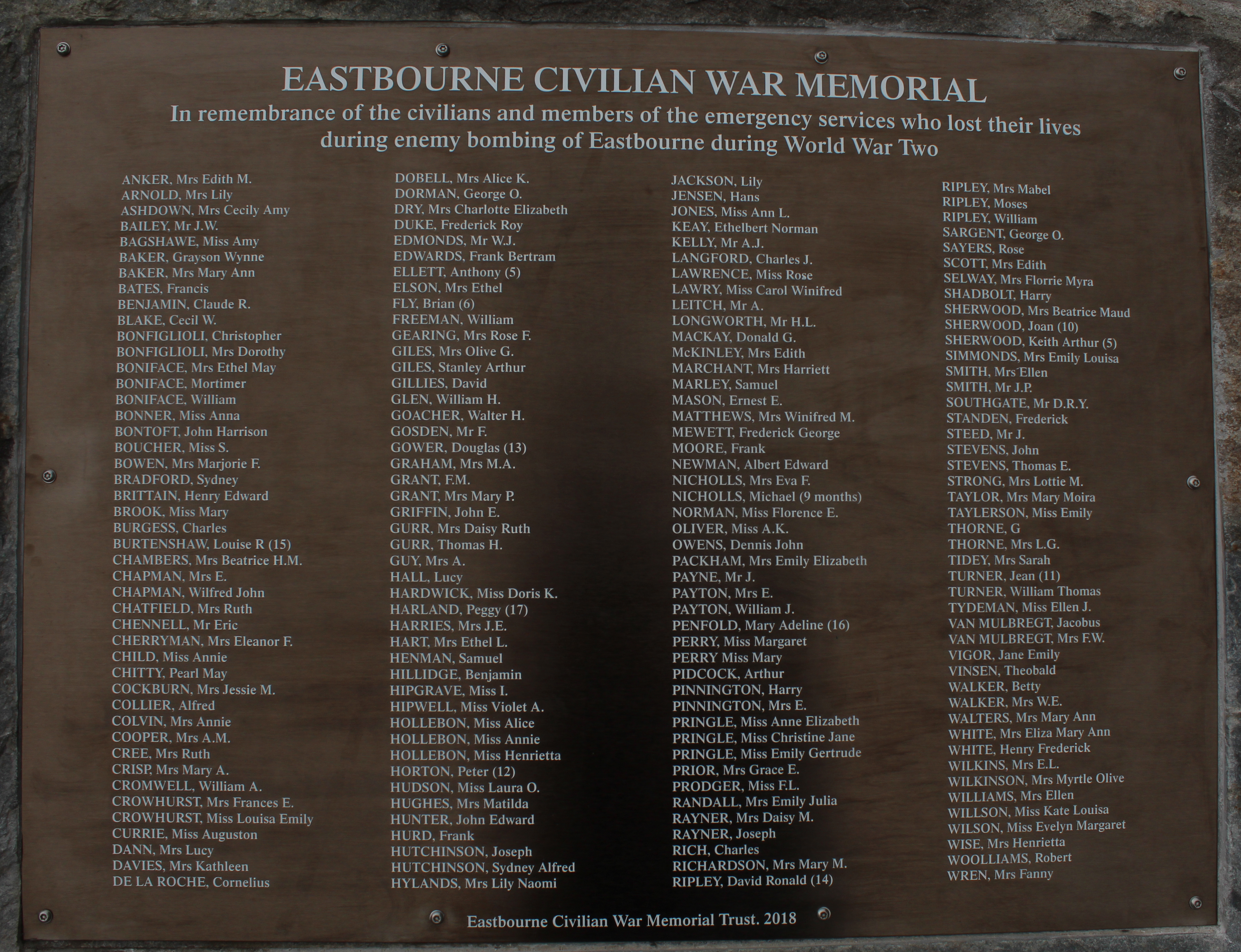